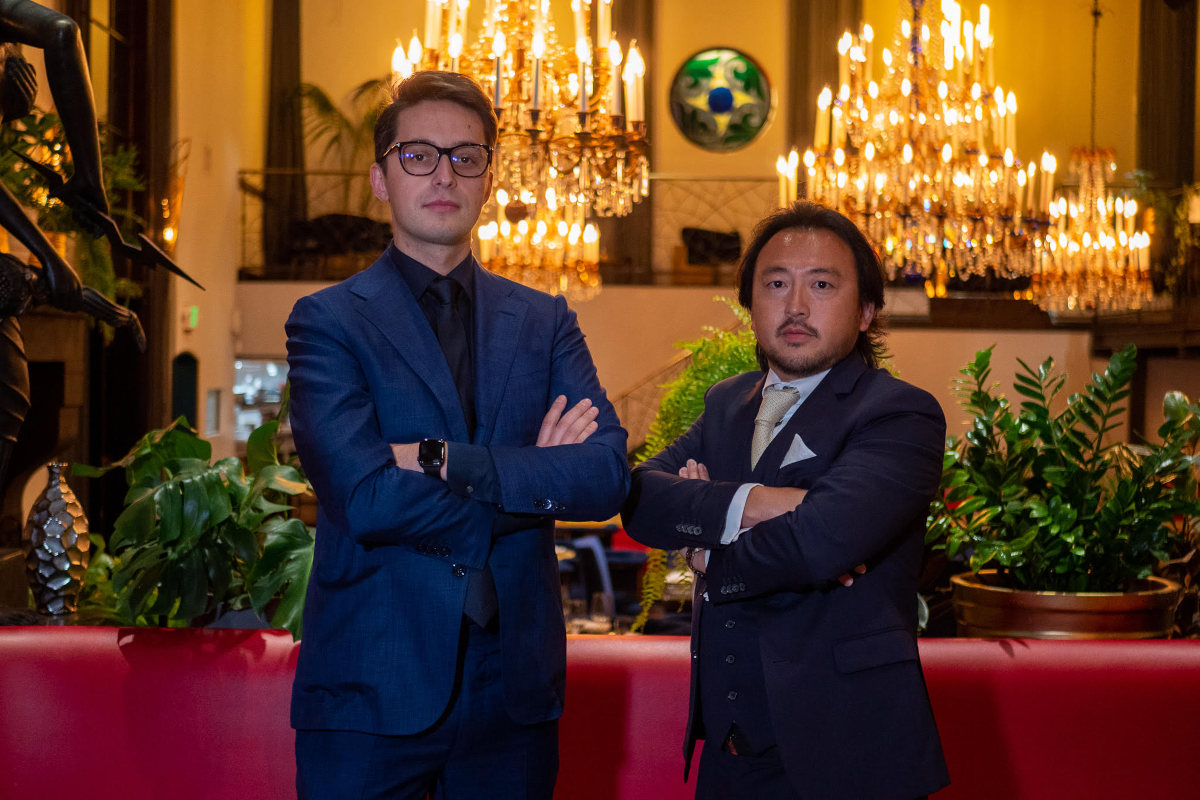 Lucian professional and personal experiences are shaped by his passion for always challenging himself and redefining his ambitions, personal and professional. Asking “what’s next”, taking on new and greater responsibilities, and understanding that opportunities are made not given are a critical part of his success. \That success is made most meaningful through his commitment to share and mentor others. A native of Romanian, he lived in Italy from age 14-22, Japan from 23-30, and LA since 2017 he is fluent in all 4 languages as well as Spanish. Starting as a Barista in Rome, educated to his role at 35 as CEO and Board Member of Global Dining Inc. His career continues with greater responsibilities, while wanting to share with and mentor others possessing all operational, accounting, cost control, human resource experience necessary that is ultimately focused on the guests experience from reservation through all aspects of the dining and close-out. Believing that the success of any hospitality service is how personal passion and commitment are shared by the team. A superior dining experience requires intensive analysis, thoughtful development, clearly articulated, and comprehensive implementation of the appropriate business and cultural structure specific to that establishment. Being explicitly transparent and inherently flexible to accommodate simultaneous, multiple and sometimes opposing events in the daily dining experience is vital to success.

Toru Toyokawa, a world traveler born in Tokyo, Japan and raised in Toronto, Canada until age 12 moved back to Tokyo, Japan with passion for food. From a young age, Toru experienced many diverse culinary palettes traveling and visiting many surrounding countries. In 2006, Toru graduated from Aoyama Gakuin University with a degree in International Economics and Politics, with an emphasis in Accounting and Finance. After Graduating, Toru took on the challenge of becoming a Certified Public Account. With much experience and accomplishments, he joined the Global Dining Inc family as part of the Accounting Team and then expanded his leadership as Head of the Finance & Accounting Department in Tokyo. After much success, Toru moved to Los Angeles to live the American Dream as Chief Financial Officer of Global Dining Inc of CA, where he finances and operates 1212 Santa Monica, La Boheme West Hollywood, and Settecento DTLA. 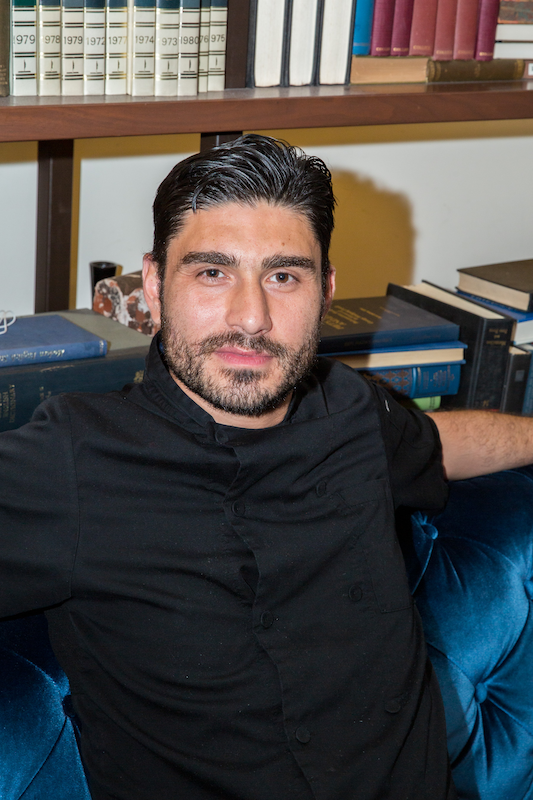 A native of Catania, Sicily, Luca Maita developed a passion for food at a very young age. For as long as he can remember he always had an interest in the cuisine industry particularly for traditional homestyle cooking and genuine flavors. Being the grandson of a fisherman and growing up in the family seafood business he developed a keen sense of selecting and distinguishing seafood offering him the ability to perfect the most harmonious pairings of fresh ingredients. During his school career & throughout summertime holidays he kept his culinary passion alive by working as Chef de Partie in a traditional Sicilian restaurant in his hometown. Here he honed his skills & craftsmanship in the kitchen which played a big role in laying the groundwork for his future profession. After earning his diploma, he had an itch to travel & explore the culinary world with high hopes of broadening his knowledge of international cuisine & living. He landed in London and hit the ground running. In the four years that he spent in the United Kingdom he worked for a well regarded restaurant (DSTRKT London) and was able to experience several styles of cooking as well as learn the English language. His skills continued to grow and he defined his abilities as a Professional Chef. In 2015 he was given the opportunity to move to Australia and work as a Chef, a position that led him to greater express and improve his traditional and innovative Italian cuisine. Most recently, in 2016 Luca made the move to the United States where he worked as executive chef in O+O Sicilian kitchen and bar in Santa Monica. Currently he has brought his culinary knowledge to 1212 Santa Monica, incorporating his background in Mediterranean modern Italian Cuisine. Chef strives to provide an unforgettable dining experience, while also staying true to his Sicilian roots. 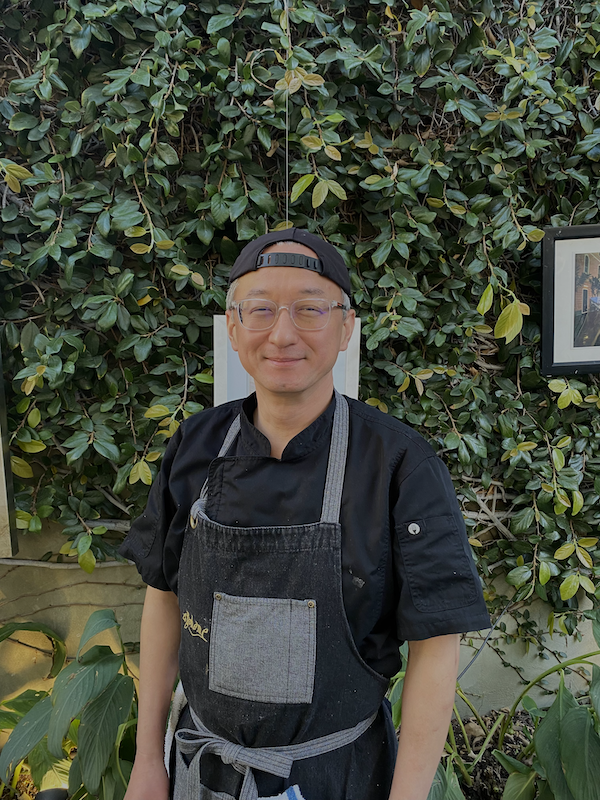 As a native of Miyako, Iwate in Japan, Atsushi Kenjo developed a passion for cuisine from a young age. His joy for food developed with a respect for farming and seasonal vegetables. This passion then led him to attend culinary school in Tokyo. He hoped to use only the best ingredients in his dishes and would do so by looking for seasonable ingredients throughout the year. Once graduating from culinary school, he had the opportunity to start his career at Hotel Otowa no Mori in Hayama Japan. After about a decade in Japan, he decided to move to the United States where he became Chef de Cuisine of Chaya San Francisco. Four years later, he then progressed on to other parts of California cooking at Auberge du Soleil in Napa Valley and eventually coming back to the Chaya group as Chef de Cuisine of Chaya Brasserie in Los Angeles. After about five years, he became the Executive Chef of Chaya Downtown in Los Angeles and was then promoted to Corporate Executive Chef of the Chaya Restaurant Group and M-Cafe. At M-Cafe, Chef Kenjo became knowledgeable in the vegan and vegetarian food segment keeping him up to date with all the latest food trends and creating his philosophy of farm to table. Most recently, in 2018 Chef Kenjo moved to Global Dining Inc as the Executive Chef of La Boheme, incorporating his background in French & Japanese cuisine. Chef Kenjo strives to provide an elegant dining experience, while also using the freshest ingredients possible.